The Future Of Children’s TV Debate 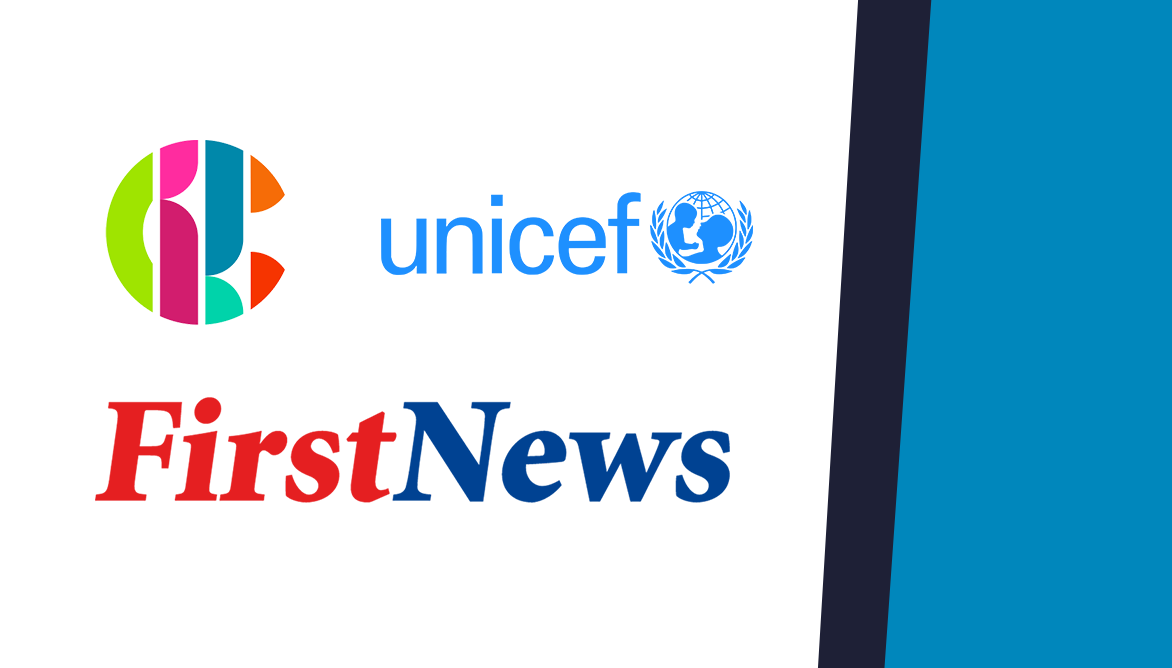 Below are the notes from the recent APPG for Children’s Media and The Arts debating the Future Of Children’s TV Debate, 16 May 2018.

Julie Elliott MP welcomed the audience of 70, stating that this debate was timely, coming at a crucial point in time for kids’ media. She then invited Sophie Chalk from IBT to chair the debate.

Sophie further set the context with a reminder of Article 17 of the UNCRC:

She said that recent research by Childwise shows that children are terrified by international events as they see them in alarmist news and on social media and remarked that children need events to be explained so children are not scared by the world they’re growing up in but able to engage with it.

Simon was unable to talk about Ofcom’s ongoing inquiry, beyond what is already in the public domain or to say that the intention is and are on track to publish sometime July-Sept. He did however use Ofcom’s research publication Children and Parents: Media Use and Attitudes 2017 to set the market context:

Older kids especially are watching less linear TV but even so that averages at 11.9 hours a week so linear TV still plays a huge role in children’s lives. They are watching TV but on other devices, rather than the main TV set.

35% 8-11 year olds don’t think there is enough content that is specifically about kids like them (regional, diverse etc). Ofcom hopes that C4’s proposed move away from London will address this.

As a news source, TV is still the most trusted. Children may get news from social media and online but they will check it out with parents and against the TV because they don’t trust it. 73% of 12-15 year olds are aware of fake news.

Cheryl screened a short taster from some of the documentaries, dramas and animations that explore the world for kids (My Life, Go Jetters etc). She stated the intention in most programmes was to show that kids of the world are the same, despite their differences. She said that making such programming was highly skilled and trained to get it right so that nothing is ever mawkish or exploitative but rather celebrates the children’s whose stories they are telling. She welcomed plurality but said content makers needed to give an extraordinary attention to detail if it is to serve its audience well.

Asked if international stories are less palatable to kids, Cheryl stated that they do just as well with the child viewer as domestic content. The My Life documentary strand is often in the Top 40 shows on the iPlayer. Producers do not need to fear making documentaries for kids.

With children surrounded by 24/7 news channels, social media etc she ignored the naysayers and established the newspaper, First News, now also online, and continues to have a daily interaction with kids.

She said the average age for children to get their first mobile phone is now 71/2 years, so the world is very much at the fingertips of young kids. But this has led to an overload of information about world events and a desperately alarming rise in anxiety and mental health problems. Kids are worried by news and fake news because of the stuff they have read or seen online. There is a big need for truthful content that empowers kids, but we are falling short of delivering this. She said that kids are 27% of the world’s population, but 100% of the future.

Children watch 15 hours of online video a week. For ten year olds this is a mix of things like social gaming, and celebrity stories on snap chat. These things help form the morals and values of the children watching: why are we leaving this formation of values to chance?

To counter this, First News makes a daily video for Sky News as well as 2 minute Explainer videos under the banner Fresh Start Media. These have been well received and there is clearly a big thirst for informative and popular content. But currently the only PSB broadcaster to be doing any of this sort of content is BBC with strands such as My Life.

Nicky has been making documentary content for My Life with UNICEF, exploring topics such as the Calais ‘Jungle’. But rather than the usual alarmist tone, these documentaries highlight the positive stories. Editors need to make better choices and tell positive stories. Nicky called for a quota: there should be a minimum percentage requirement for broadcasters to children to show programming about the wider world. Currently ITV has no target and C4 says such content is financially not viable. But our children need it.

From her work exploring the business end of children’s content, Jeanette stated that the key problems that need to be solved are Funding and Distribution.

She stated that the best content SHOWS diversity rather than just naming it.

From her studies with Public Service Broadcasters overseas, she warned that if there is no content about the wider world, it creates a vacuum in kids’ lives. PSBs are the only people making this content. There are no such broadcasters in the Middle East so parents rely on religious broadcasters, which lays children open to indoctrination rather than accurate and unbiased information. Kids are not born as citizens but need access to content that helps them become citizens.

We must believe that good content will have an impact. It takes a long time but research round the world shows that good content helps to shape how kids think about and engage with the world. She called on Ofcom to extend its research beyond what children are watching to WHY they watch what they watch.

With so much content now accessed online, there is a real issue about the lack of regulation and compliance with the online platforms. With evidence for example of  companies rejecting black hands for unboxing videos, there is a lot of material that simply wouldn’t be allowed on traditional channels. Such unchallenged racism creates discriminatory attitudes that will manifest in the viewers later.

Jeanette dismissed the argument that children only want entertainment.  What we should be asking ourselves is ‘how can we help to make informed citizens?’ She hoped that the DCMS’ contestable fund could help go towards tackling the distribution and discoverability issues. There has been much talk of an online platform. The recent discussions between PSBs to create a streaming service to rival Netflix might be a solution. Ofcom needs to find a way to encourage the commercial PSBs to do a bit more and also online companies like Facebook must step up.

But for any real change, policy needs to step away from prohibition and find ways to be positive. Other territories are facing the same issues.  Countries like Denmark and Germany have very good public service broadcasters and they are hooking up with education organisations and film institutes for example to fund and distribute content. The British Film Institute could do more to help distribution. DCMS could connect with Education to make good quality content.

Adam Minns COBA stated that non-PSBs (i.e. Sky, Nickelodeon, Disney) invested £23m last year in first run Public Service type content in UK (Ocean Rescue, Art Attack). It’s not going to replace the BBC but these broadcasters are still highly regulated and this was their own money. He asked that in light of this investment, the current EPG positions were critical, for children to discover this content, and keep the investment financially viable.

Colette Bowe VLV asked how do people discover content online especially? There needs to be support and help to find the good stuff.

Kate O’Connor Animation UK said that there needs to be a combination of options: quotas + specialist platforms etc. She asked why do we fear setting quotas for commercial channels?

Simon – Navigation is critical to finding content. Parents tend to curate preschool but older children begin to choose for themselves or via friends. Prominence on the EPG is critical as are the links on digital platforms.

Nicky – when she proposed First News, it was ridiculed but now it has 2.2million readers. She wants to build an online safe channel. Her attitude from her experience with the print version is “build it and they will come.”

Jeanette – the reality is that children don’t always want the safe stuff. They want to push the boundaries and we mustn’t forget there are many audiences within the kids sector. There is currently not enough research about how platforms work: it looks like they push algorithms rather than public service values. There needs to be transparency. ITV don’t want kids content because its expensive. What can Ofcom do? Jeanette said she had every confidence Ofcom will do the right thing.

Cheryl – parents want content they can trust for their little ones, hence they’ll go direct to CBeebies for example but it is hard to keep up with what older ones are up to. With the connectedness of kids, programme makers are competing with kids creating their own soap opera. CBBC doesn’t post on YouTube because of the age regulations but other people are making money from posting CBBC content there.

Ian Lucas MP – DCMS Select Committee – An issue within Westminster is that things tend to get compartmentalised. It would be good to connect with All Party Groups for countries to get the perspectives of children abroad. He said that, like his own constituency, every constituency has talent to produce content and this potential should be mined. There needs to be more working together for funding: tapping into international development budgets for example. C4’s regional agenda talks about having a strong focus on younger audiences. The case needs to be made that C4 needs to capture its audience early. He also suggested that we need to get politicians to talk to broadcasters.

Karen Merkel, UNESCO – UK is part of the Creative Cities Programme with Bristol and Bradford working on media literacy. Not simply the critical theory but practical aspects: taking serious film makers into schools. It has had a serendipitous positive impact on the kids wider attainment of literacy and numeracy etc but focussing on the creative processes and cultural perspective has also resulted in young citizens who can tell their own stories. There needs to be a shift in the Education agenda.

How can we make the likes of Google take more responsibility and do more? Shame them! There is mounting public pressure that they have responsibilities but we mustn’t be too censorious. Kids like to open Pandora’s box but the sheer volume of content means that platforms are slow. That said, surely algorithms can be changed?

Simon agreed that media literacy, with kids creating as well as consuming content is key and Ofcom will think more about this and the need to invest more, again.

Sophie stated that IBT are campaigning for more media literacy and calling upon DDCMS to reinstate funding that was previously cut.

Cary Bazalgette – Schools have a role to play in introducing kids to other art forms but not film. Why not? This is a wasted chance.

Mark Galloway, IBT – asked Cheryl what plans do BBC have for future with brands such as My Life or Where in the World?  – Cheryl stated they now have a great library of content but need to grow more for 12-16 year olds. There are plans to make stuff that is for iPlayer only (where they’re watching) but they are only assessed on their delivery of their quotas by Ofcom for their two broadcast channels rather than online. They need some flexibility to spread money to other platforms without impacting on the hours required of them by Ofcom.

View All
Watch in full: Sarah Brown, Head of News Partnerships at Facebook 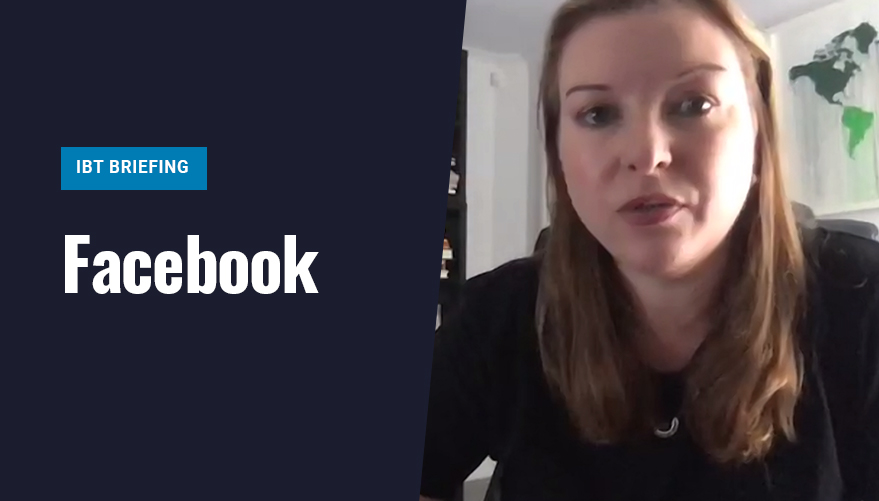 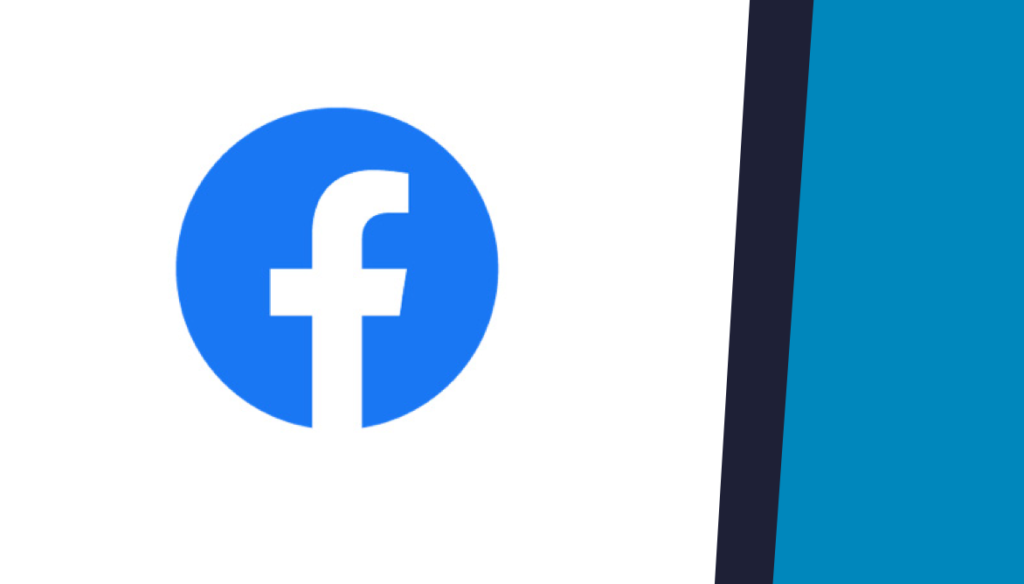 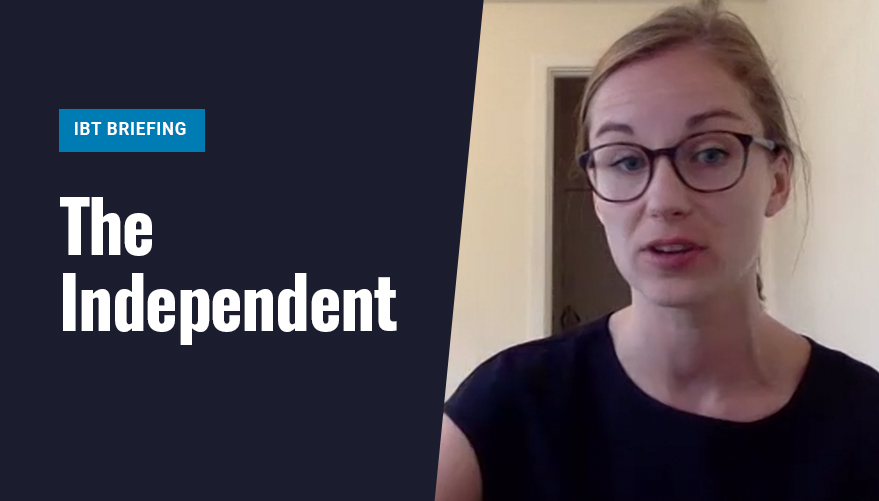