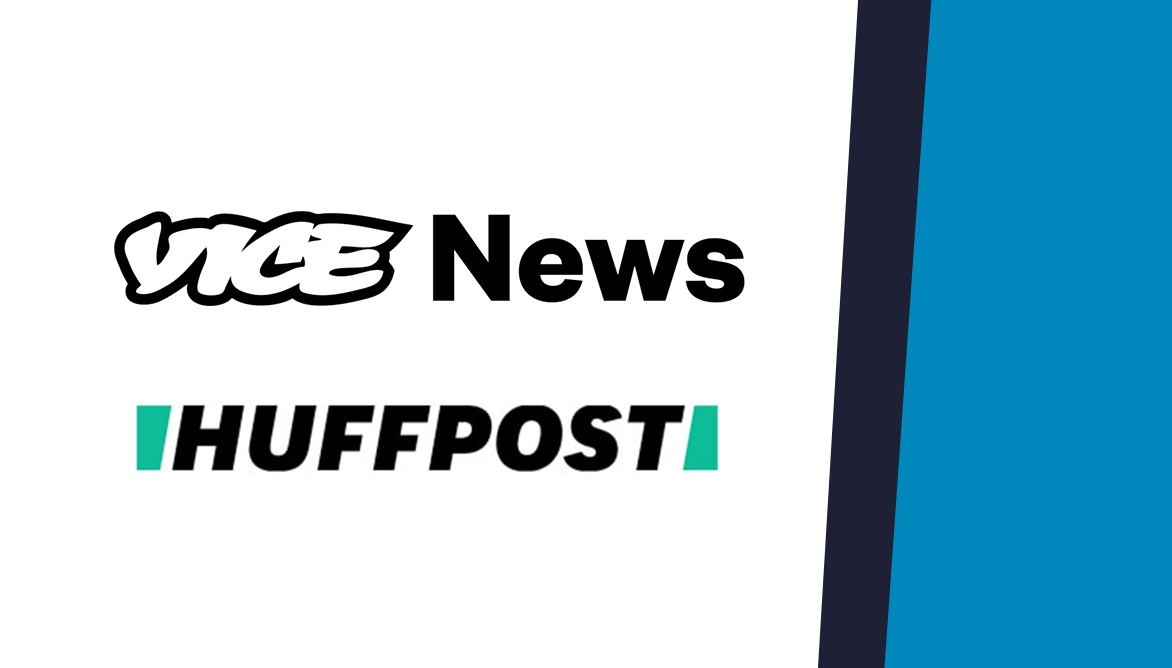 The UK site is barely a year old and in a short space of time it has achieved a huge following. The team is small, 15-20 people in the London office, made up of producers, directors, journalists, researchers. Some of these are specialists in, for example economics, environment and conflict. They have 37 bureaux across the world. Vice has the stated ambition of becoming the biggest media company in the world and has big plans to grow – including launching tv stations.

Yonni is responsible for the video content. His background is in documentaries and he has worked on a number of high profile shows such as Channel 4’s 24 Hours in A and E. Most of the people who watch Vice videos do so via their YouTube channel. They go regularly or they find videos through recommendations on social media. The Vice News site itself doesn’t work very well for video. Their most successful video was shot behind the scenes in IS territory – it currently has 14 million views, so they are capable of getting bigger audiences than mainstream tv.

There is no optimum length for a video on Vice News – the team respond to each story differently. They run many longer pieces – the IS video is an hour long. Yonni doesn’t believe that audiences have a short attention span when it comes to authentic content.

Vice’s USP is to provide a different news agenda from other news suppliers such as the BBC. They want to cover stories that are not been covered by mainstream news and to find different angles and to promote the voices of ordinary people rather than experts.

They are not a 24 hour news channel and don’t have the capacity to turn round videos within hours but they have regular weekly meetings to plan their video content. They don’t have deadlines as such or a schedule so they can be flexible. The key is topicality.

They shoot most of their own material with their crews and correspondents but they are open to using footage supplied by NGOs – provided that they are able to edit the footage to give it a Vice News approach. The key is finding good content- they are not worried about being seen to promote an NGO line.

Their target audience is 14-34 year olds. They are not a ‘youth channel’. They see this group as the decision makers of the future. They say they are the fastest growing news channel in the UK. For the global site, 50% of the audience is in the US; and 50% the rest of the world.

They have given extensive coverage to Europe, the Middle East and Africa. Recently they ran a series on immigration to Europe. They’ve also reported extensively from Ukraine and ran a series on the rise of anarchism in Greece.

Yonni was asked why he thought his audience was interested in foreign stories when other broadcasters have told us that there is not much appetite for foreign news. Yonni’s view is that there is a genuine interest in what is happening around the world. The style of reporting is crucial – audiences are interested in getting to the truth and not being patronised. He wants to cover aid and development as he feels this is necessary for people to understand the causes behind war and famine.

They are keen to cover climate change – and have done some stories in the US on solar power and the lack of choice US consumers have when looking for an energy supplier. And stories in the UK about fracking.

They tend to steer clear of celebrities – they did shoot some material with Vivienne Westwood on the fracking story but it felt as if it was just promoting her and her opinions so they dropped it.

One weakness of Vice News at the moment is it UK coverage which he believes needs to be strengthened.

Another concern is that their audience is heavily male skewed – they are not sure why this is but they would like to attract a more mixed audience.

Plans for the future – they want to strengthen the photo section of the site – they think it’s a bit weak at the moment. Since they are only a year old, they are currently taking stock to assess what worked and what didn’t. They do feel they need more publicity for the site – not enough people know about it yet. They are also planning to explore the idea of more partnerships – as a source of additional revenue.

Yonni is happy to be contacted with story ideas and they can be topical, for now, or for the future.  His advice to NGOs pitching stories:  be ambitious, know your audience.

The site was launched initially in the US as a news and politics blog by Arianna Huffington. The UK site was launched in 2011. They have spent the last 3 years establishing themselves – they are currently the 7th biggest news site in the UK – bigger than The Sun and The Independent. They want to get bigger and be more ambitious – and to grow the blogs section of the site.

There are now sites in numerous countries- France, Germany, Spain, Greece, Brazil, India, South Korea. An Arabic edition is coming soon – in association with Al Jazeera. Blogs and news stories are shared between countries if appropriate and often translated into the appropriate language.

Huffington Post sees itself as outside mainstream news, trying to promote different voices, with a focus on how events and policies impact on ordinary people. Blogs for the site should be shareable and should win hearts and minds and entertain. They should be heartfelt. They encourage bloggers to put their point of view across clearly, strongly argued and using emotion! Be bold and evidence based, Charlie said. But everything is up to the blogger. The site is run as an open platform and does not edit blogs – blog editors will check for accuracy and legality and may comment but their approach is very light touch.

They have 10,000 registered bloggers – some blog frequently; others infrequently. The rule is that you blog when you choose but the editors do approach bloggers and suggest they blog at particular times about issues of the moment. Blogs need to be topical. And they don’t need to be from officials or CEOs – they can be from people at the grassroots.

They are particularly pleased with their student section which Charlie edits – this will be rebranded later in the year as Young Voices. This is a place where ordinary students can blog about the issues which concern them.

If you’d like to become a registered blogger, then approach Charlie, with a sample of what your first blog might look like. It should be 500-800 words. Blogs should appeal to a wide audience – Charlie believes that is the reason for the success of the site. There is something for everyone here. They do not measure traffic and they do not judge their success by traffic on the site. They do, however, look at social statistics – likes and shares on Facebook and Twitter. The site appeals to a youngish demographic – 18-34 year olds. It’s owned by AOL and is ad funded.  They have 8 million monthly readers coming to the UK site.

If you want to get attention for your blog then social media is the way to do it.

They haven’t yet harnessed the power of video on the blog section but this will come in the future. They can embed video that already exists online but they can’t upload new video into a blog.

There are around 25 people working on Huffington Post in London – there people dealing with blogs and the rest with news. They are a small team and all talk to each other so send any ideas for the site to Charlie and he’ll pass them on to the right person.

Some blogs can be very popular – Charlie gave the example of a student blog responding to anti-Islam sentiment that was shared 34,000 times on Facebook and had 93,000 likes.

Huffington Post has no deadlines – blogs can be pitched at any time, for now or for some time in the future. It’s up to you. But they advise against posting at the weekend – they have few readers over the weekend. They generally upload between 80 and 100 blogs every day. There are 30 slots on the home page. They will pick the ones they feel are the most topical or relevant for the home page but if something does well it may get promoted to the home page. They will typically upload 10-15 first thing in the morning and then the rest throughout the day. There is no best time of day but traffic is heavier at the times you’d expect it to be – lunchtime etc. But they also find that people are reading the blogs at all hours – early mornings, late at night.

Who is the audience for HP? Charlie says its audience is made up of readers of the Guardian, Independent etc and many of them will be consuming news and opinion from a variety of other sources. The site is best known for its coverage of politics and current affairs but welcomes blogs on any subject.  They work with celebs as their access to social media gives these blogs a bigger reach – Lenny Henry, Hugh Dennis, Prince William. But in the end it’s the quality of the content that counts. A blog from a famous person who doesn’t really know the issues is not a good idea. Photos and images do well too.

View All
Watch in full: What have we learnt from international coverage of Covid? 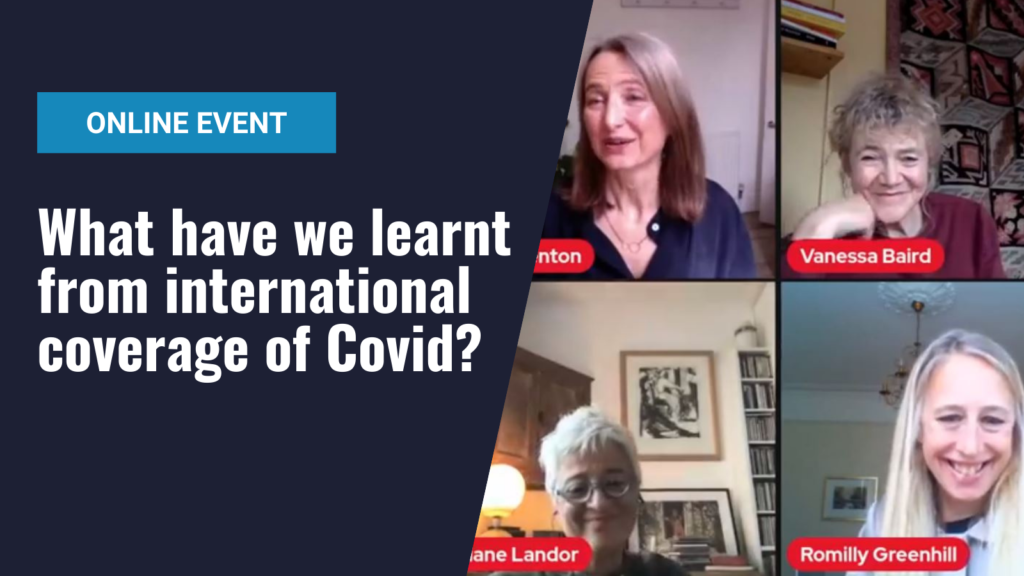 Watch in full: What have we learnt from international coverage of Covid?
Briefing Notes: Unreported World & Channel 4 News 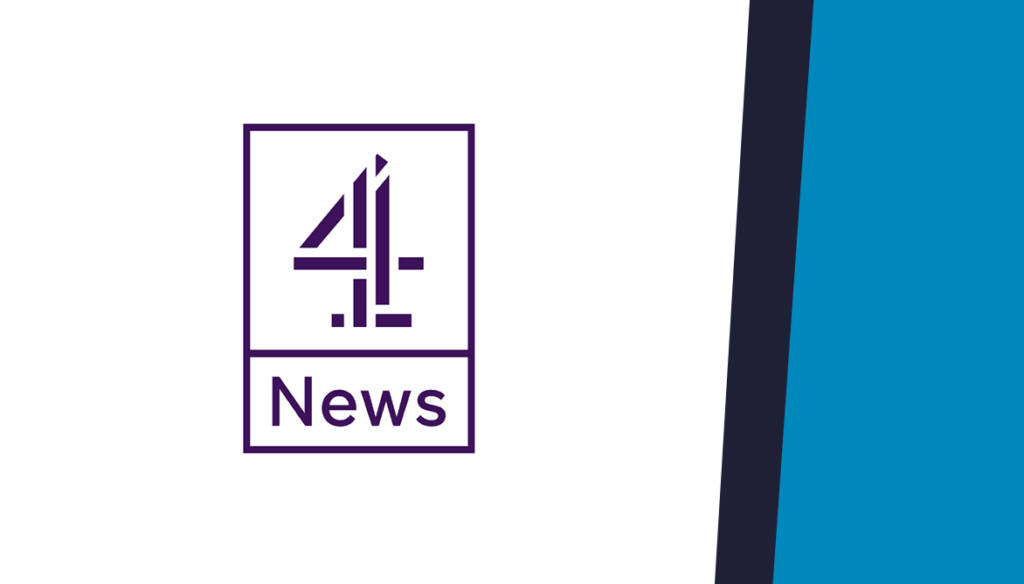 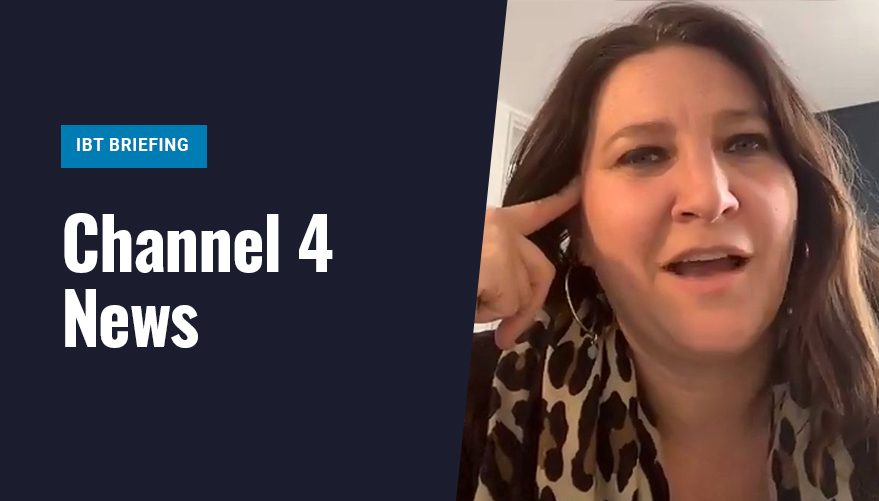